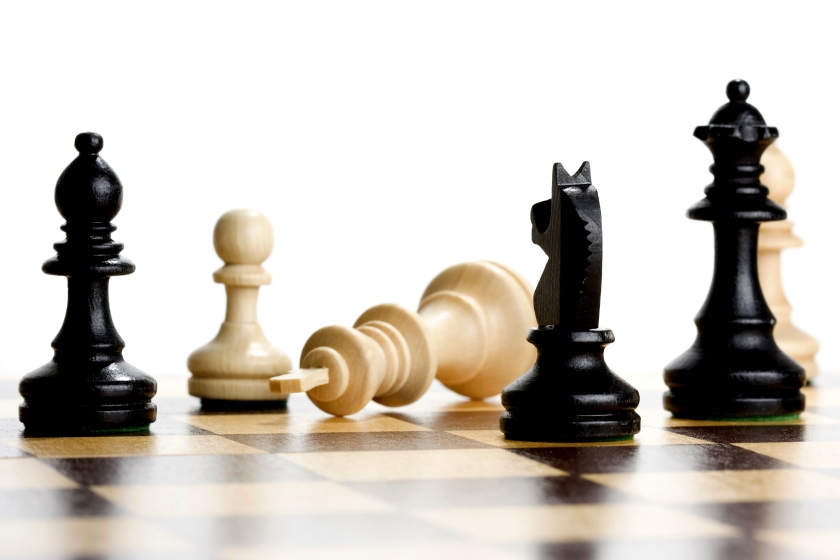 In part 1 of this story I relayed the actions of Hillary Clinton in vetoing the sale of GM’s Opel division to a Russian oligarch named Oleg Deripaska.

I believe it is important to understand the interest she took in this deal, since she claimed that she took no interest in the Uranium One deal. At the same time a dozen Russian oligarchs own businesses in America from professional sporting teams, steel mills, stakes in Facebook and Twitter, industrial parks and music studios. No interest was taken in these acquisitions…..but oddly the sale of a European car division was blocked by the secretary of state.

Also in Part 1 of Russian Collusion, I told you about a Russian oligarch named Oleg Deripaska. Most likely more than anyone but policy wonks, ever wanted to know. But to understand Russian collusion you have to get a full grasp of just how things operate in that system. I have written several times about that system, so I won’t rehash it here, but suffice it to say, it is an oligarchy…not a republic, not communism, not a market based system…..an oligarchy. An oligarchy is defined as “rule by a few”. These men have no titles, no government position, or no army…..but what they do have is boatloads of cash. Billions and billions. There are some 93 or so oligarchs in Russia, according to Forbes worth, collectively, north of $412 billion dollars, a full third of all the wealth in Russia. These oligarchs determine the policies of the Russian government. But, please, understand, Russia does not care about ideology. They don’t care if Iran has a nuke, they don’t care if Venezuelans are starving, and they don’t care if a democrat or republican is in the WH. They only care about making more money and protecting their sovereignty so they can do that.

Now let me introduce you to one of the biggest oligarchs in Russia…..Viktor Vekselberg. Reportedly the 4th richest man in Russia, Vekselberg, like the rest of the oligarchs made his money after the Soviet break-up in 1991. Like Deripaska, he made a lot of money in Aluminum. His company, SUAL was one of the top aluminum producers in Russia, RUSAL, Deripaska’s aluminum company, being the largest. In March of 2007, RUSAL and SUAL merged, forming the largest aluminum/alumina company in the world. At that Merger, Vekselberg became the non-executive chairman, while Deripaska retained owner status. By the way, I also find it strange and gratifying when parts of other things I have studied line up with new posts. there was a third company that became part of RUSAL in this merger……GLENCORE! You probably don’t remember GLENCORE, so let me refresh your memory. GLENCORE is the raw material marketer created by Marc Rich…..yes the Marc Rich that was pardoned by Bill Clinton and who I wrote about in INTO THE WEEDS 10.

But I digress. Not long after….in December of that year, RUSAL acquired a 25% stake in NORILSK Nickel, one of the largest mining businesses in the world. Deripaska’s plan was to create the largest diversified metals company in the world. Vekselberg didn’t agree with the purchase, or holding it during the meltdown. Again Deripaska had to leverage much of his business to borrow the reported $15.7 billion dollars to buy the 25% plus 1 share stake. Look again at the date…this is just before the world’s economy fell apart. Deripaska was in trouble with his debt. In October of 2008, the Russian state bank, VEB Bank, loaned Deripaska $4.5 billion to pay to Western banks. This would allow RUSAL to stay in Russian hands. Vekselberg wanted out of RUSAL, but it was complicated. RUSAL’s interest in NORILSK is what I’m told is “blocking stock”. They can’t make decisions, but they can stop certain things from happening. If Vekselberg sold his RUSAL stock (some 15.8%), RUSAL may forfeit its blocking status. Another oligarch is trying to gain control over NORILSK Nickel, Vladimir Potanin. Plus, Vekselberg is also very unhappy with RUSAL suspending shareholder agreements and dividend payments. So almost from day one Vekselberg and Deripaska didn’t get along….and by all outward appearances, Deripaska was pushing Vekselberg’s face into the dirt, ignoring him and vetoing many of his decisions. While all this was happening in Russia, in May of 2008, Cisco (the software giant) was answering charges from congress that it provided technology to China to track and censor its citizens. Multiple law suits were filed against Cisco for providing this kind of technology to a totalitarian country. I only mention this, because it will become pertinent later. My guess is Vekselberg wanted to ruin Deripaska without destroying RUSAL. He would need help to achieve this. That help came from Hillary Clinton, in blocking his bid to acquire Opel, but it wouldn’t come cheap. Through a series of very complicated and illegal bank transfers, which is commonly called money laundering, millions of dollars were diverted from the Russian funds provided by Rusnano, allocated for the SKOLKOVO project, which Vekselberg controlled, wound up in a Citibank account controlled by the Clinton Foundation. Incidentally, Rusnano is a 10 billion dollar private equity firm completely controlled by Putin and the Russian government.

I have written about SKOLKOVO, but it’s worth restating what it is, because it relates to what I wrote above about Cisco. SKOLKOVO is a city close to Moscow. It was to be transformed into a technology center, hosting entrepreneurs from all over Russia to partner with American and European high tech companies to develop their own Silicon Valley. It was the brain child of Dmitry Medvedev, the Russian president. The project was hatched in November of 2009. In June of 2010, Medvedev traveled to Silicon Valley, hosted by Hillary Clinton to meet with CEOs of American Tech companies and to tour Cisco. Shortly there after Cisco announced it would commit 1 billion dollars to the SKOLKOVO project. 28 companies took part….some of the biggest names in American tech. The FBI, the DOJ, and the Army, all warned Clinton that some of this technology had duel use aspects that could be transferred into military purposes. The warnings were ignored. Several projects at SKOLKOVO developed weapons. Once again, we give our enemies the means to challenge us. But that’s another story. The story here, that no one ever investigated when we sold technology to China and North Korea in the 90s, is how much the Clintons got for the technology.

17 of the 28 companies donated openly to the Clinton Foundation. It’s hard to know exactly how much because of the way the foundation reports, but it’s between 15 and 25 million dollars. It’s also important to mention here that, at the same time, John Podesta received 35 million from the same source, Rusnano through Metcombank. Again, that’s a whole other story. You can read that here: Into The Weeds 11
The screen shots below were acquired in secret from a Russian bureaucrat that I found here: Conservative Read These documents, translated from the Russian language, layout the complicated series of bank transfers to get the money from Viktor Vekselberg to the Clinton Foundation without a trail….but there’s always a trail somewhere. By the way, Vekselberg totally owns Metcombank, a small Russian bank in the Ural Mountains, from where the transfers originated. In 2013, it was discovered that $55 million was missing from the SKOLKOVO project funds. The police raided the SKOLKOVO offices. Of course some underlings were arrested and the money was never found…a very, very common occurrence in Russia. Exactly how much of that money ended up in a Clinton bank account is unknown, but I’m going to guess it was a bit more than the 50k that Deripaska gave.

Now it’s impossible to determine if the millions were payment for hurting Deripaska or for selling American technology, but either way, she got the money, and she did what she did. I prefer the former because more recent developments show some details. In 2012, Vekselberg quit his post at RUSAL after not attending a single board meeting, during the entire year. He then filed a lawsuit against Deripaska in a London court. Deripaska was forced to make an accounting and interests and assets had to be distributed. I certainly don’t know all the details….its way above my ability or my pay grade to dig any deeper. But I can report that both men are still alive, which in Russia is unusual.

So did Hillary break the law? As always, there is no smoking gun, but the pattern repeats itself again and again. It’s hard not to see criminality in her actions. I can only imagine that if I could find all this information on the open internet, what could be found if I had access to the documents and witnesses that an honest justice department would have? And that’s the point, isn’t it? An honest justice department. I feel like we, the people, are dragging the law enforcers kicking and screaming, to do the right thing. Will they?