Time to make a choice! 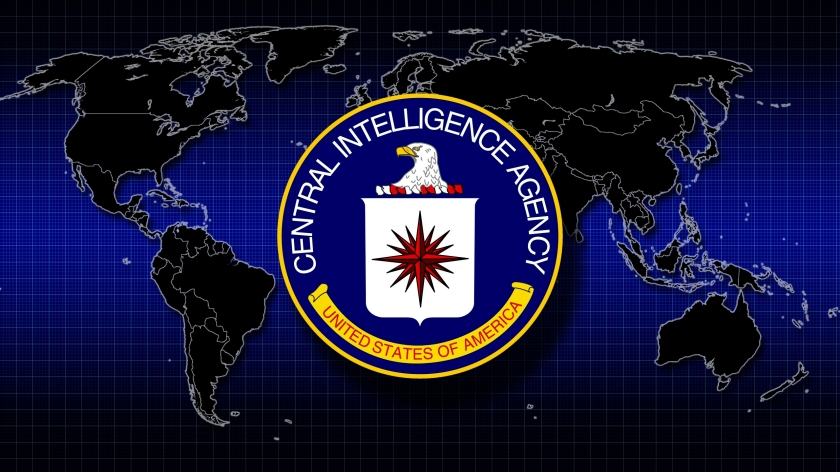 Before I get too far along, I want to link back to the first three essays in this series. They will provide the background you will need to understand this particular essay.

For the last month, or so, I have been covering the various pay for play episodes the Clinton Foundation has been involved in. Millions of dollars flowing into the Foundation from foreign governments, multi-national corporations, and wealthy individuals. At first glance, the only conclusion that could be drawn is that the Foundation was created to make the Clintons filthy rich. But my recent research has revealed that there might be some other conclusions that can be drawn. Shortly after starting this research, I stumbled onto a connection between the foundation and the CIA. I sort of chuckled when I wrote about it, and frankly, I could not find myself believing it. My words sounded like the conspiracy theories I so detest. So for the past week I have been embroiled and forced to read dozens of conspiracy blogs, trying to glean provable information. But how is it possible to prove anything involving the CIA? That said, there are many facts, that when connected…lead to conclusions. After reading this tale, you will be able to conclude for yourself, what is true. There will be three possible choices for you to make: Is the Clinton Foundation simply a criminal enterprise, designed to make the Clintons and their friends filthy rich? Is it a functional front for the CIA to be involved in a multitude of ventures, in a wide arena of countries? Or is it actually a shadow government where rich and powerful people have created a parallel foreign policy to further their global agenda? Yes, these are all very different things and each has its own nature, consequences, and solutions. So read on, and let me know what you conclude in the comments, below.

THE TALE OF THE CENTURY

The story starts with a man named Marc Rich. For those of you old enough, you may remember his name but can’t place it. He received a pardon from Bill Clinton on his very last day in office. I must say, I remember it, but didn’t even give it any thought, I had never heard of Marc Rich before that. Apparently, the pardon was very controversial. It is thought that between 30 and 100 million dollars was paid by Rich for the pardon that found its way to the Dutch Island of St. Maartens. It would be unfair to say Marc Rich was a “friend” of Bill Clinton. I have to assume they knew each other and had dealings before the pardon. It is not clear, however, if Rich and Clinton worked together on anything. However, it is more clear that Marc Rich was friends with GHW Bush, and had many dealings with the ex-CIA chief, President Bush. Rich was a “commodities” broker. He dealt in gold, minerals and oil. You will understand what made Rich so unique if you glance at his customer list and the people he bought from: the apartheid regime of South Africa; Fidel Castro‘s Cuba, Marxist Angola, the Nicaraguan Sandinistas, Muammar Gaddafi‘s Libya, Nicolae Ceaușescu‘s Romania,  Augusto Pinochet‘s Chile, and especially the Ayatollah Khomeini of Iran,  among many more. But what Rich admitted, and is known for, he dealt with these people and countries when they were under international sanctions. It begs the question, why was he never indicted for any of it?  (He was actually pardoned from tax evasion) It has been reported that when the American CIA needed to pay for a domestic or foreign political assassination, Marc Rich arranged it through smuggled or stolen gold bullion. He also worked very closely with Israel’s Mossad, providing them with valuable information into his contact’s business.  Rich, coincidently, due to his commodities expertise, was involved in the collapse of the Russian currency in 1990, that ultimately led to the collapse of the Soviet Union, under GHW Bush. You can read more about Marc Rich here. So…..first question for you. Do you think Marc Rich was part of the CIA web of intrigue, or just an unscrupulous businessman? I reported above, that the pardon of Marc Rich was controversial.  But in fact, it was possibly criminal. Right after GHW Bush took office, a federal prosecutor in NY, Mary Jo White, was appointed by the new attorney general, John Ashcroft, to investigate the pardon. Now some of these names coming up may be familiar to you…..Shortly before that investigation concluded in 2003, White was removed from the case and replaced with the brand new deputy attorney general….James Comey. It was disclosed that the pardon for Rich had circumvented the pardon process at the justice department and the Clinton Deputy Attorney General recommended that it get “passed through” directly to the president. That deputy AG was Eric Holder, who later became the AG under Obama and Comey became the FBI Director under GWB. My next question to you is: Do you believe these appointments were mere coincidental or something else?  I guess it wouldn’t be fair, if I didn’t mention that Marc Rich had very good lawyers…Jack Quinn and Scooter Libby. Jack Quinn was Whitehouse council under Bill Clinton and chief of staff to Al Gore. Scooter Libby was former council to VP Dick Chaney. Libby was later convicted of inadvertently outing the reported CIA operative, Valerie Plame. After Libby was sentenced, his sentence was commuted by GWB. All’s well that ends well….whew! That was a close one.

Someone actually almost went to jail.

In case you didn’t….a very brief summary:  Julleanna Glover worked for the RNC and lobbied. She gave up her job there and business to take a senior position at Teneo, the second skin of the CF. She also kept her role as senior advisor to John Ashcroft at Constellis, formerly Blackwater, a black ops mercenary supply company to the pentagon. Well, Jack Quinn is a director at Constellis and Xe Services. Xe services is an international mercenary supplier, soldier training firm and general consultant in making war. These are very clandestined CIA fronts. It is so important to understand that the CF and its affiliates are doing their work all over the world…..Africa, Australia, South America, China, Eastern Europe, and the Caribbean. What a better cover for CIA missions? If this is indeed all sanctioned by the American government….which may be indicated by no one ever going to jail, because certainly, there is a whole shitload of illegal things going on, then are the Clintons actually American heroes? What about the other possibility? A shadow government? What if the CF is conducting its own foreign policy? A policy bent on a global system. This would explain Soros’s involvement in Teneo, through Mark Malloch-Brown. It could also explain the collapse of the Russian currency, which is Soros’ calling card. It would explain Hillary Clinton’s private server. It could also explain the entire destruction of the Middle East and our total lack of action…something we blame on incompetence or ideology. We have become aware of so many events that defy logic or explanation from a normal American’s perspective. What is going on in the world? How can we make any sense of all the events that have occurred in the world in the last 20 years? Sometimes I feel like there is two governments….one for the people and one for the CIA. Which one is actually running things? Is this why they fear an outsider like Trump, so much? We will know soon enough, I suppose. Once Trump learns what they know, will he still do the things he wants to do? If nothing changes, then we will know that something is going on that almost everyone in America is in the dark about.

So there you have it. My last question to you is, what say you? Which is it? Is the Clinton Foundation merely a criminal enterprise? Is it working for or with the CIA to shape and fix world events? Or is it a shadow government that works for the globalists and their one world government agenda? You have to answer that for yourself.