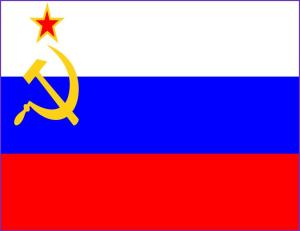 In my last post I mentioned a Russian start up program called SKOLKOVO innovation center. Well apparently this is a big deal, to date hosting over 900 companies, mostly start-up and mostly hi-tech new technology firms.    I found some of the American Companies that are aiding in advancing this technology. They include Microsoft, Google, Intel, Cisco, GE, IBM, Honeywell, Johnson & Johnson, Boeing, Dow, HCL America, Price Waterhouse, and others. From Europe, tech giants, Siemens and Nokia  From India, Tata. And from Russia, Rusnano and Lukoil. So far, American companies alone have invested 2 billion dollars in this tech venture in Russia. Oddly enough, the same Russian investment fund that was used to start SKOLKOVO was used to purchase Uranium One…..you may remember this is the deal brokered by Hillary Clinton and Frank Giustra to sell 20% of American uranium reserves to the Russians. Not only did Frank Giustra donate over 30 million dollars to the Clinton Foundation, I recently found out the same Russian company that now controls those American mines of Uranium, also penned a deal with Iran to sell them Uranium.

Now you have to admit this is special! Selling our technology, our uranium reserves, and giving them to Russia and Iran….two of our biggest enemies. I can see right inside the liberal skull…..  “if we help them they won’t attack us…..we just need to treat them better”. Well, how’d that work out with N. Korea when Bill Clinton gave them nuclear technology? Or how about giving China missile technology and all our factories? Is that working for America?

Its working for somebody. Every single one of those companies listed above, just coincidently donated big money to the Clinton Foundation or paid Bill Clinton big money for a speech. Since the Foundation only lists donations in 5 million dollar increments its hard to say the exact number….but its at least 10 million and as high as 25 million. I might also add that the CF has over 300,000 donors, and many have not even been disclosed. Many, many are individuals. I could spend days just studying donors, its irrelevant. Some of those individuals are certainly corporate officers or foundation managers that bring a lot less attention, when they donate as an individual.

Have we learned nothing from history? Are we so stupid that we keep funding our foreign competitors and provide them the technology to defeat us economically? Are we really that stupid, or is it just greed? Someday we will regret all this “cooperation”. But I guess there are plenty of folks that just don’t give a shit about America…making money is all that matters.