Crony capitalism or massive corruption? “What difference does it make” By Ken George 11-16-2016 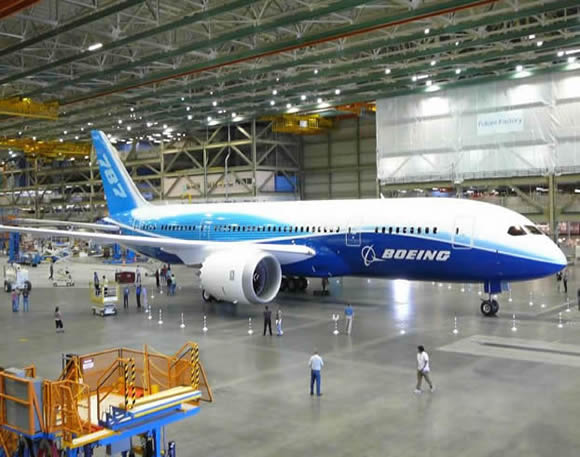 INCEST! No matter where I look, I find some connection between government and the Clinton Foundation. My latest find is in the Export/Import Bank. For those that are unfamiliar with this crony big government money pit, let me explain. We often hear in the headlines Boeing, or GE, or some other giant corporation makes a huge sale to some foreign nation or state-run airline or company and we‘re suppose to act like that’s great for America. But is it? Many will show graphs and charts extolling our strong exports that create thousands of American jobs. But let me put it this way…..if you cut your grass, and pay yourself  20 bucks….would you consider that income?  No that’s not a joke, that’s how the export/import bank works. Boeing gets an order for 6, hundred million dollar jets from Podunk Airlines in Thirdworldistan. The sale price is $600 million. The export/import bank loans the $600 million to Thirdworldistan. Thirdworldistan then is able to pay Boeing. Somewhere along the way, the US State Department provides $600 million to Thirdworldistan in foreign aid, who then uses it to pay back the export/import bank. Just to recap….we, the taxpayers, just bought Thirdworldistan  6 very expensive jets, and our export business just grew by $600 million, but we, the US taxpayers paid the whole bill. In my world, we call that a scam!

But what does this have to do with the Clinton Foundation. You don’t have to look to deep in any money pit, to find the Clintons with their hands in it. The Chairman of the export/import bank is Fred Hochberg. Forget that he was appointed by Bill Clinton, and forget that he was a huge 6 figure bundler for the Hillary campaign, and you can even forget that he showed up in NH to campaign for Hillary. But look to his $25,000 donation to the Clinton Foundation, along with a 900,000 dollar donation from Boeing to the foundation, two months after closing on a $3.7 billion dollar sale with a Russian airline company. But that wasn’t enough….Boeing’s chief lobbyist, Tim Keating, hosted a huge fundraiser for Hillary shortly after the deal, then 6 months later Boeing paid Bill, $250,000 to give executives a speech. And finally, Hillary got Boeing to spend $2 million on her pet project in China….an American pavilion at the Chinese World’s Fair.

All this is rather transparent, but still looks bad. Pay for play, again while we foot the bill. But it all begs the question what else, that’s not so transparent, might it have cost us as a nation so Boeing could get their sale and Bill and Hillary could get a few bucks? I’m sure it was coincidental, but this happened in 2009-10…..just a very short time before we eliminated our missile shield in Poland that Russia railed about. Also it was just a short time before Russia invaded Georgia and then Ukraine. Of course I’m speculating….but could there have been a wink and a nod, that we would do nothing….we wouldn’t send weapons to Ukraine or Georgia, that Russia would be uninhibited by the US? It’s a wild theory, but the patterns are just to striking to ignore.

To be fair, is it good or bad for America to have an export/import bank? Would it cost thousands of jobs if we didn’t pay for Boeing’s jets, or GE’s windmills or hundreds of other American products being sold to foreign countries? Look at it this way….if we valued those jobs, why not just buy them from them for us? Buy our airlines a jet or two. Buy products from our small businesses so they can prosper. Why not just pay workers not to work? You see….all those things would never be considered because this America…the land of free enterprise, competition, and capitalism. What I’ve explained in this blog, is Fascism…..government partnering with corporations to control production. Its simply un-American.

Finally, I have now written 7 pieces on massive corruption surrounding the Clinton Foundation. I’ve spent about 30 hours reading and searching on the internet for this information. For Mr. Comey, our FBI director, to say there’s nothing here is to be willfully blind. Was his investigation so narrow that they just refused to look at anything else? Who can say why it was dropped. But, like I said, you don’t have to look far to find a corrupt act by the Clinton Foundation. The congress has vowed to investigate further, but that’s political. This should be unraveled by the justice department and this corruption must be ended.

One thought on “INTO THE WEEDS 7”